Buy What You Know [Weekly Wrap Up]

If you are familiar with legendary fund manager Peter Lynch and his must read book, One Up On Wall Street, you know exactly what “Buy what you know” represents. The Fidelity Magellan Mutual fund averaged an annual return of around 30% while Lynch was its portfolio manager between 1977 and 1990. Lynch was a big believer that even the average investor could achieve great success by investing in companies and industries that they have some type of relationship with.

For example, let’s say that you worked at Gap, Inc. (the) (NYSE:GPS) when it was a dominant player in retail during the 1980’s and 1990’s. $5000 invested in GAP stock in 1980 would have been worth $4.2 million at its peak in 1999 and would still be worth $1 million today.  Or maybe you like to wear lululemon athletica inc. (NASDAQ:LULU) sportswear while doing yoga, freshening up afterwards with beauty products from $ULTA. Both of these stocks have performed spectacularly since going public: 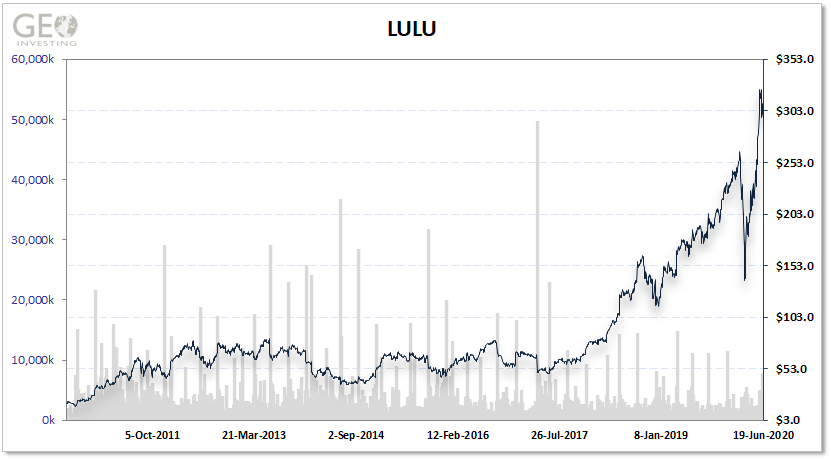 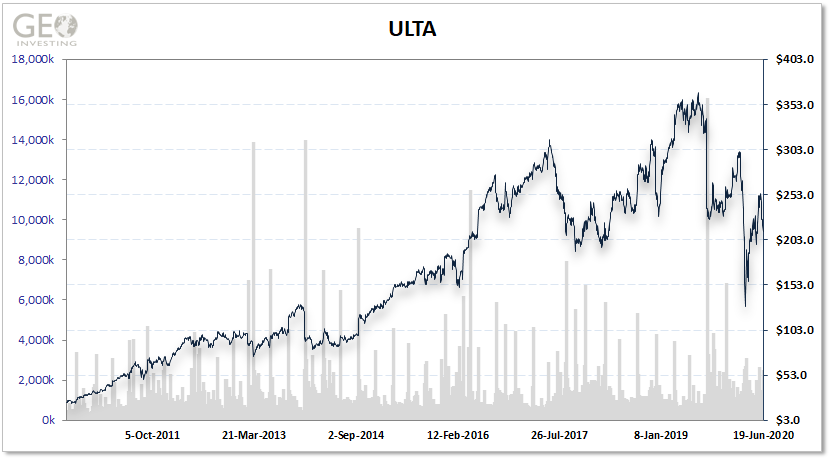 Maybe instead of buying your morning brew at Starbucks, you opt for a 32-ounce energy drink from Monster Beverage Corporation (NASDAQ:MNST), the best performing stock of the last 20 years, up 7000%. Now, I don’t recommend you do this, but we all have that fetish that we are not so proud of!

When I was younger, fresh off reading One Up On Wall Street, I would frequent shopping malls to find out what stores were trendy by counting shoppers and interviewing employees. I remember buying stock in costume jewelry retailer Claire’s Stores, making money several times based on this practice.

Unfortunately, Chick-Fil-A is not a public company or I would have invested mounds of money into the stock. Whenever I was on one of my undercover mall road trips, I would always get side-tracked by devouring two classic Chick-Fil-A meals before starting my store to store route. By the way, although it doesn’t quite make up for all those times the Philadelphia Airport lost my luggage, Chick-Fil-A is the only reason I still love flying into Philly. Just don’t fly in on a Sunday. Chick-Fil-A is closed.

My big Peter Lynch multi-bagger miss of the last few years was when a GeoInvesting analyst strolled into the office one morning, telling me that I should look at a stock called “HEAR”, now well-known as Turtle Beach Corporation (NASDAQ:HEAR). I murmured something and dismissed the idea, thinking the stock was an old hearing aid device stock (Hear USA) that I wanted nothing to do with. Well, had I dug deeper, I would have realized the company was actually a leading manufacturer and marketer of headsets for gamers. The headsets were selling off the shelves due to the crazy popularity in the interactive on-line video game, Fortnight.  The stock was around $2.50 cents at the time. Around $30 later, I lashed out at my brother and 15 year old nephew (at the time) who loves playing video games for not making me buy the stock!!!

That brings me to a stock I’ve dealt with before…

Log in below with your Premium Account or join GeoInvesting and please become an Premium Member to continue.