Our new series of reports will likely be the closest investors will ever come to knowing the truth about L&L Energy (LLEN).

In today’s report, Part One, GeoInvesting begins publication of the extensive evidence supporting our September 19, 2013 report focusing first on the LuoZhou and LaShu coalmines. The public has never seen this evidence. We shared the evidence with the SEC and NASDAQ over six months ago in order to give the securities regulators time to conduct their own investigations. The evidence not only supports our finding that LLEN has misrepresented its ownership in the LuoZhou and LaShu mines, but also proves that LLEN fabricated the production from these two mines to inflate its financials.

On March 17, 2014 just prior to filing its most recent 10Q, LLEN’s SIC suddenly and for no apparent reason replaced Mr. Bartlett just six months into his investigation and appointed Mr. Nicholas Chen, managing partner at Pamir Law Group, a small Taiwanese firm with seemingly no obvious experience in conducting such investigations.

While Mr. Bartlett did not comment on the circumstances of his dismissal, Mr. Datwani wrote that the reasons for his resignation were:

Considering the severity of Mr. Datwani’s concerns, one can imagine that he would hardly be surprised by the arrest of Dickson Lee and the replacement of Mr. Bartlett.

So for those keeping score here:

Two highly respected gatekeepers in charge of protecting U.S. investors from the actions of Dickson Lee have been replaced by two China/Taiwan-based gatekeepers who have little or no ultimate accountability to U.S. shareholders and regulators.

In October of 2013, GeoInvesting met NASDAQ OMX Group to provide very conclusive evidence of a massive investment fraud being conducted by LLEN. We made it clear to NASDAQ that we would not publish our evidence until NASDAQ could complete its own investigation to verify our findings. Six months have passed, giving NASDAQ ample time to conduct its investigation. While we have no insight into the current status of NASDAQ’s prolonged investigation, we decided that in the public’s interest we would begin publishing our evidence in parts, beginning with LLEN’s LuoZhou and LaShu coalmine misrepresentations.

Aside from interruptions, LLEN claims its LuoZhou and LaShu coalmines have been producing at or near full capacity since late 2012. In fact, in LLEN’s fiscal Q4 2013 conference call held on July 31, 2013, VP Clayton Fong claimed that the LuoZhou and LaShu mines

…were able to ramp up their production ahead of our internal scheduling, adding 167,000 tons to the company’s mining segment in just a little over five months…

Unfortunately for investors, LLEN’s production claims for these two mines are just another fabrication by Dickson Lee as evidenced by our discussions with mine employees and managers.

Through our interviews of employees and managers of the Luozhou and Lashu mines, we learned that neither of the mines had commenced commercial coal production as LLEN claimed in its public filings and conference calls. The LuoZhou mine was not scheduled to commence production until at least December 2013. The LaShu mine was scheduled to commence production in August 2013. The findings from our multiple on-site recorded interviews are further supported by information in a local PRC newspaper article published after our original report.

LLEN’s claim in its most recent 10Q that the LuoZhou mine was shut down from November 6, 2013 to March 2014 “…due to a geological fault found beneath the mine shaft” in reality only further extended the date that the mine is scheduled to finally commence commercial production. This convenient “shutdown” of a mine that was never open in the first place, occurring during the period of time when Mr. Bartlett was still in charge of the independent investigation, is simply in our view another obvious attempt by Dickson Lee to hide the truth.

The bottom line is that the interviews we share today conclusively show that LLEN simply fabricated the hundreds of thousands of tons of coal reportedly produced by the LuoZhou and LaShu mines following their purported 2012 acquisition.

If anyone wants to determine whether a coalmine is producing, undoubtedly the easiest way is to simply try to buy some coal. Our investigators visited the LuoZhou mine in June 2013, asking basic questions about the mine’s production activity and then posing as buyers from a local paper mill seeking coal for its boilers. Both the employees and the general manager on site at the LuoZhou mine unequivocally informed us that coal sales were impossible, because the LuoZhou mine would not commence commercial production until the end of 2013, citing various reasons for the delay.

Below we present links to our video-recorded interviews (along with detailed transcripts) of the employees and General Manager. Beneath the links are summaries of the key points of the interviews (as well as identification of any inconsistencies in the responses): 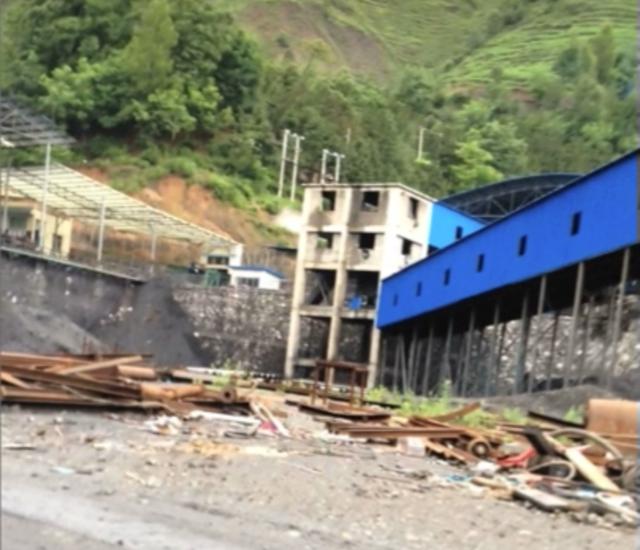 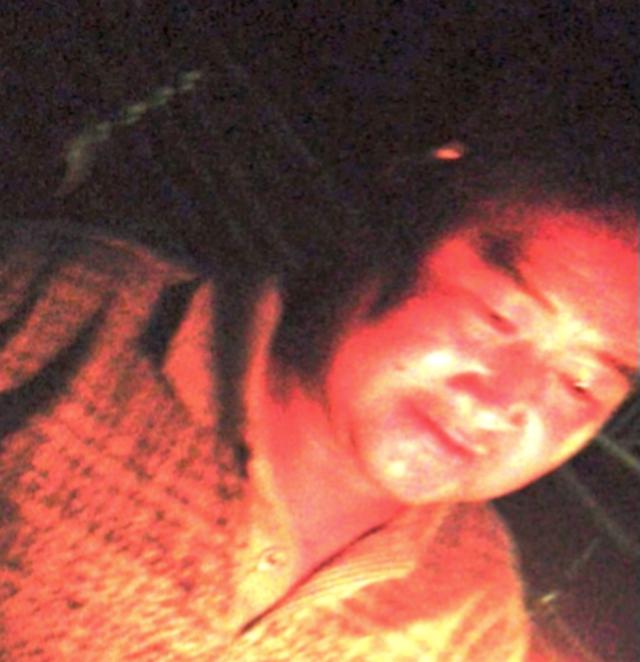 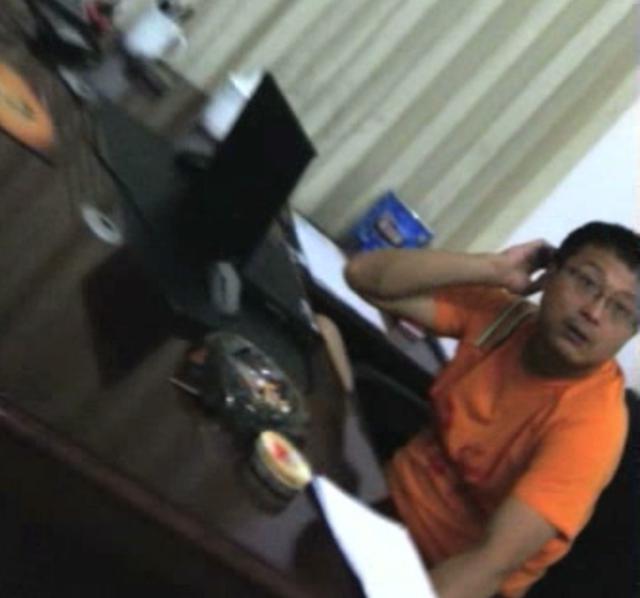 On November 14, 2013, a local newspaper in China, National Business Daily, also confirmed that LuoZhou Mine did not have any substantial production activities as follows:

Reporters also conducted an investigation on LuoZhou Mine that the Group claimed to be still in operation. However, reporters failed to see any coal conveyors [trucks] along the road to the Mine. Besides, after a landslide near the mine, an emergency road that is not accessible for large coal conveyors is the only passageway to the Mine. The factory seems very quiet and machines are idled.

Mr. Qing, Head of Logistics Department of LuoZhou Mine told reporters LuoZhou Mine was called to stop its production by the enterprise in September and most workers have left the mine. But Mr. Qing didn’t have any knowledge about the specific reason for production halt. (See entire article)

Just as we had done with the LouZhou mine, on June 20, 2013, investigators visited the LaShu mine, once again pretending to be interested in buying coal. They interviewed employees and a manager, who explained that the LaShu mine was currently only producing development coal and was scheduled to commence commercial production in August (2013).

Below we present links to our video-recorded interviews (along with detailed transcripts) of the employees and manager. Beneath the links are summaries of the key points of the responses: 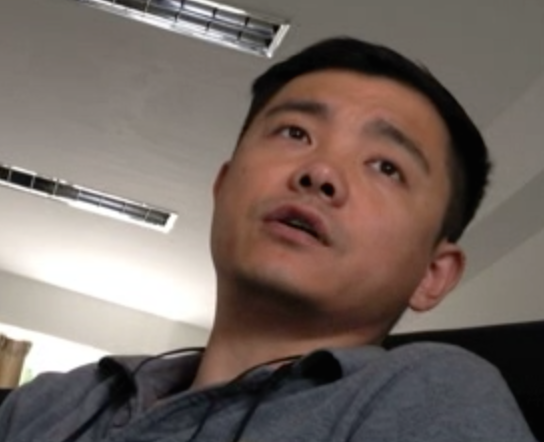 The few remaining Dickson Lee supporters who believe that these LuoZhou and LaShu mine managers are “confused” or somehow did not receive LLEN’s 95% ownership change memo should carefully consider Clayton Fong’s comments on the fiscal 2014 year-end conference call in which he claimed there was an extremely smooth integration of the mine management since LLEN had actually assigned staff to each mine a few months prior to the closing of each acquisition.

Any investigator (NASDAQ, SEC, or Mark Bartlett) who took the time to approach the mine employees as we did, posing as potential buyers of coal, would certainly obtain these same results, which conclusively show that neither the LouZhou nor LaShu mines had yet commenced commercial production of coal in June 2013. The mine managers have no reason to lie to a potential customer, nor is there any reasonable excuse for them to be unaware of LLEN’s ownership of the mines 8 months after the “acquisition” and supposed integration that Clayton Fong described on the conference call.

LLEN’s reported ownership and production from the LuoZhou and LaShu mines is thus completely fabricated in our view.

Given recent events, including the resignation of Independent Director Mohan Datwani (the former head of the SIC), the termination of Mark Bartlett (the legal counsel in charge of the independent investigation) without publication of his findings, and the criminal indictment of CEO Dickson Lee, we believe the publication of our evidence is likely the closest investors will ever come to learning the truth about LLEN.

In light of the evidence we have already presented concerning LLEN and its CEO, Dickson Lee, it should come as no surprise to investors that being loose and expedient with the facts is not new to Lee and the company when making required filings with the SEC and NASDAQ. On March 27, 2014, two actions were brought against Lee. First, the Securities and Exchange Commission announced fraud charges against LLEN and its founder for making false disclosures about who was running the company in its 2008 annual report and continued to make false claims in its quarterly filings in 2009. According to the SEC complaint, the disclosures in question “…created the false appearance that the company had a professional management team in place when in reality Dickson Lee was single-handedly controlling the company’s operations.” Further, Lee and LLEN also “…allegedly misled NASDAQ to become listed on the exchange by falsely maintaining they had accurately made all of their required Sarbanes-Oxley certifications.” The following is from the SEC’s action:

This action arises out of a fraudulent scheme by L&L Energy and Dickson Lee to create the appearance that L&L was run by a professional management team and conceal Lee’s single-handed control of the company. L&L Energy is a Seattle-headquartered coal company with all of its operations in China and Taiwan. At all relevant times, it was led by Dickson Lee, its current Chairman of the Board and Chief Executive Officer. From approximately August 2008 to June 2009, L&L and Lee repeatedly and fraudulently misrepresented to the public that it had certain persons serving in critical executive management roles at the company when, in reality, those persons served in no such roles.” http://www.sec.gov/litigation/admin/2014/33-9565.pdf

In a parallel action, a criminal indictment against Lee was unsealed in federal court in Seattle alleging Lee and L&L Energy “…deceived the public by falsely representing that the company had a CFO, which is a critical gatekeeper in the management of public companies.” Mr. Lee was arrested by Federal prosecutors in Seattle on March 16, 2014 and denied bail after the court agreed with prosecutors that Lee was a “flight risk.” Lee’s trial is scheduled for June 2, 2014 in Seattle. http://www.sec.gov/News/PressRelease/Detail/PressRelease/1370541317697#.UzmH4WdOXRY

NASDAQ’s unnecessarily prolonged trading halt has deprived investors of the right to decide what is best for them with regard to their current investment in LLEN. NASDAQ’s delay makes little sense given the charges that LLEN mislead NASDAQ in its listing application, according to paragraph 33 of the criminal indictment of Dickson Lee:

Finally, in September 2009, Dickson Lee and L&L submitted an application for listing on the NASDAQ. As part of the application process, NASDAQ requested that the company confirm historical compliance with SEC filing regulations. Dickson Lee knowingly and falsely represented to the NASDAQ that L&L had complied, even though he knew that all the prior submissions that were filed in the name of N.L. were fraudulent and not in compliance with filing requirements. After deceiving the NASDAQ, in February 2010, L&L successfully debuted on the NASDAQ exchange.

The alleged misrepresentations made by Lee and LLEN in 2008 and 2009 trumping up a full management team when, in fact Lee was a one-man show served as a prelude for what would follow once the company started acquiring coalmines and reporting operating results to investors. If he would lie to the SEC and NASDAQ about L&L’s management team when taking the company public then it’s not a leap of faith to conclude that the information that followed in the past five years was also false to a material extent. We believe our work and on-the-ground due diligence clearly demonstrates that. The actions of the SEC and Federal prosecutors have only touched the tip of the iceberg.